Eating Disorders are serious mental health conditions that cause an unhealthy focus on weight and harmful disturbances in eating behavior. Though Eating Disorders are psychological conditions, the damage they do can result in severe physical health issues that lower the individual’s quality of life and put them in danger if left untreated.

Finding professional help for your eating disorder allows you to heal and create a healthier lifestyle for yourself. Read on to learn more about the physical health consequences of Eating Disorders, and take your first step toward healing today.

Problems in the Cardiovascular System

Heart issues are an unfortunately common consequence of Eating Disorders. Disordered eating causes you to consume fewer calories. When this happens, the body begins breaking down its own tissue to use as fuel instead. Muscles, like the heart, break down first. When your heart starts to break down—and has less energy to work with due to a lack of calories—your heart rate slows down, and your blood pressure drops. These effects put you at greater risk of heart failure.

Another cardiovascular issue that can stem from Eating Disorders is electrolyte imbalance. Purging behaviors, such as vomiting or using laxatives, lower your electrolyte levels. Electrolytes such as potassium are crucial in helping the heart function correctly. As such, an electrolyte imbalance can cause irregular heartbeats and further increase the risk of heart failure.

It’s also important to note that a lack of calories causes the body to lower its resting metabolic rate in an attempt to conserve energy. This can make it harder to lose weight, which can, in turn, worsen an eating disorder and cause someone to engage in even more harmful behaviors.

Gastroparesis and Other Digestive Issues

Eating Disorders can lead to gastroparesis, which is a partial paralysis of the stomach. With gastroparesis, the stomach cannot empty itself of food as efficiently as a healthy stomach can, which in turn slows down the process of digestion. Gastroparesis and other consequences of binging, purging, and self-starvation can lead to abdominal pain, nausea, blocked intestines, and bacterial infections.

Other digestive issues include constipation, which can stem from inadequate nutrition or laxative abuse. Purging behaviors, such as vomiting, also have long-term effects, including damage to the esophagus or salivatory glands.

There are many neurological issues that can stem from Eating Disorders and harm the brain and the rest of the body. One major concern is a lack of energy. The brain consumes up to one-fifth of the body’s calories. Lower calorie intake from unhealthy dieting or starvation creates a lack of energy in the brain, which can lead to issues such as difficulty concentrating. Similarly, if the body can’t push enough blood to the brain due to a lack of energy, you can experience dizziness or fainting.

The body uses fats and cholesterol to create essential hormones. Fasting, purging, and harmful eating behaviors can prevent the body from creating the hormones it needs, including estrogen, testosterone, and thyroid hormones.

Lower hormone levels can lead to bone loss, which puts you at greater risk of broken bones or fractures. Additionally, lower energy levels can cause the body to reduce its metabolic rate. This can lower your core body temperature and, in severe cases, cause hypothermia.

Malnutrition and Other Issues

Malnutrition is one of the biggest risks associated with Eating Disorders. The lack of calories and poor nutrition can lead to multiple physical health issues that range from mild to severe.

A lack of calories and low fat consumption can create dry skin and cause hair loss. Moreover, poor nutrition can lower certain blood cell counts. A lack of red blood cells, along with low iron levels, can cause anemia.

Anemia leads to symptoms like fatigue, weakness, and shortness of breath. Poor nutrition can also lower white blood cell counts, which hinders your body’s ability to fight off infections.

The type of eating disorder you have affects the symptoms you face. Here are a few of the most common types of Eating Disorders and the symptoms associated with them:

Anorexia leads to unhealthy weight loss, poor nutrition, dehydration, and other issues that cause the above symptoms and other severe issues throughout the body.

Both binge eating and purging behaviors cause damage to the body—especially the digestive system. This damage can have long-term effects that harm the entire body.

Due to the act of continuously overeating, binge eating disorder can lead to obesity and share many of its health risks.

Find the Professional Treatment You Deserve

At Blair Wellness Group, Dr. Blair has experience dealing with Eating Disorders and their related physical and mental health problems. We offer expert and personalized eating disorder treatment in the Los Angeles, Beverly Hills, Bel Air, Century City, Brentwood, Westwood, Irvine, Newport, and Orange County areas. When you’re ready to seek treatment and create a healthier lifestyle for yourself, reach out to the team at Blair Wellness Group. 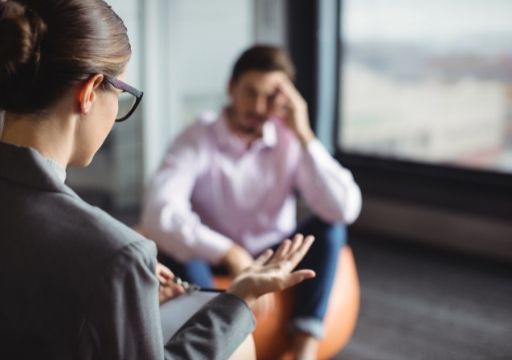 Factors To Consider When Choosing a Licensed Clinical Psychologist

Living with a Mental Health Disorder isn’t easy. Even with mild symptoms, disorders like anxiety, depression, addiction, and more present challenges that can affect your job, social life, and overall quality of life. It takes courage to reach out and ask for help. When you do, make sure you are seeking help from a Licensed