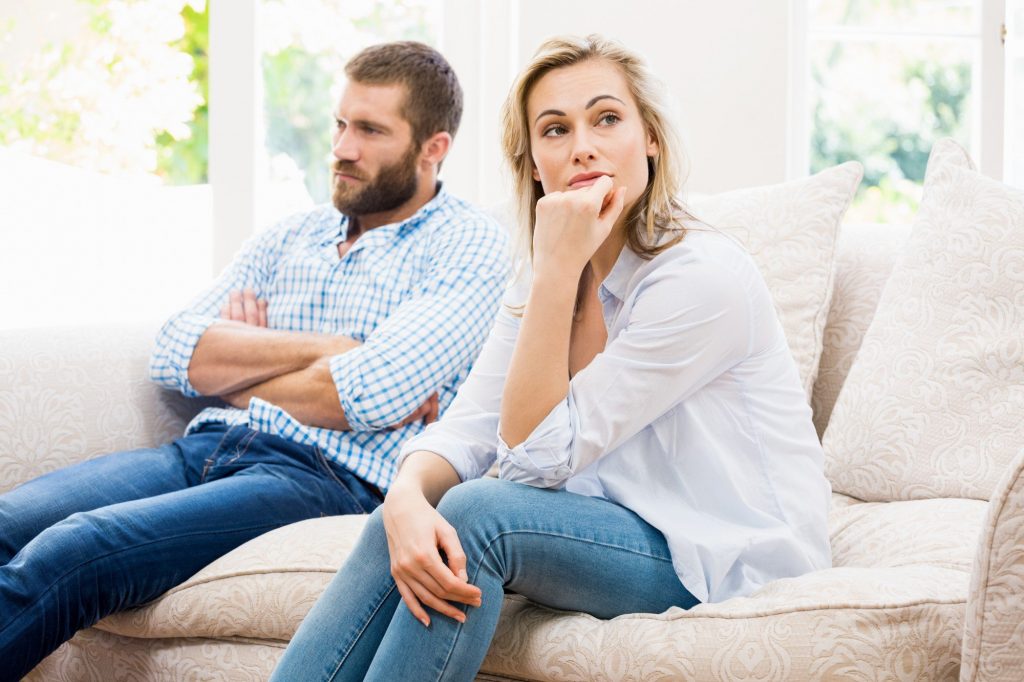 Stonewalling: The Fastest Way to Ruin a Relationship

Every couple has disagreements. In fact, on average, couples argue 312 times a year.

While some conflicts are healthy and can help grow a relationship, it’s the way you handle these conflicts that determines whether or not it helps or harms your relationship.

Some couples are able to take a deep breath, calm down, and hash out the matters at hand in a rational way. But others resort to ineffectual tactics, such as stonewalling. In this article, we’ll discuss what stonewalling is, plus its signs and effects.

Stonewalling happens when one party puts up a wall between them and the other party. They will shut down during an interaction, which means they either won’t respond or they’ll be disengaged with the conversation.

Stonewalling is considered a form of manipulation since it’s a selfish action that skews things in one person’s favor. It’s dismissive of the other person’s feelings.

While men are more prone to stonewalling, this doesn’t mean women can’t do it. While it may seem like an effective way to avoid further conflict, it can actually be quite harmful to your relationship.

What Are the Signs of Stonewalling?

Since there are two sides to stonewalling, we’ll discuss each side individually.

When you’re being stonewalled, the other party will ignore you. They might busy themselves with another task and not look you in the eye. Those signs are a clear signal that they don’t respect what you have to say.

They may also make an effort to roll their eyes at whatever you’re saying. If they do respond, it’s not to add anything constructive, but rather, to defend their actions and put the blame on you.

If you confront them about stonewalling, they’ll deny they’re doing such a thing and will dismiss anything you have to say. As a result, you may feel anxiety and stress. This can manifest in physiological symptoms, like increased heart rate and sweating.

You may feel like you’re handling conflict well, but you might actually be doing the stonewalling. Many people inadvertently learn to stonewall from their parents, while watching them fight as they grow up.

If you’re doing the stonewalling, you may be doing everything in your power to avoid arguing. You might feel very defensive if the other party even asks a question, and all you want to do is stay out of trouble.

Because of that, you’ll try everything to prove you’re always right. This can have a detrimental effect on your relationship, but you might not care about that since you can avoid trouble by stonewalling.

Just because you’re stonewalling doesn’t mean you can’t change for the better. The first step towards improving your relationship is to acknowledge that you stonewall and want to learn better techniques for handling arguments.

What Are the Effects of Stonewalling?

Effects on the Stonewaller

The person doing the stonewalling may get temporary satisfaction, but they’re affected in the long run too. Instead of being warm and emotionally connected to their loved ones, they’ll become cold and cut-off.

Effects on the Other Party

The person being stonewalled will definitely feel hurt, and maybe even angry. They’ll feel shut out from their loved one and like the stonewaller is actively trying to sabotage the relationship.

Since the stonewalled party feels like they’re not being heard, it can wear down on their self-esteem. They can feel worthless and hopeless to change the situation.

Effects on the Relationship

Since issues never get resolved, stonewalling can build resentment in the person being stonewalled. It can cause a rift between the two of you, pushing you to find and do activities separately. Intimacy in all forms can die, meaning no sex or deep conversations.

Stonewalling can have one of two effects on the other party; either they become very withdrawn and sullen, or they become angry and leave the stonewaller after getting their affairs in order. Either way, relationships with stonewalling won’t last very long, and if they do, they won’t be healthy.

How Can You Address Stonewalling?

Stonewalling is a serious roadblock in any relationship and professional therapy is highly recommended. A licensed psychologist can provide a safe space for you and your partner to lay out any conflicts or disagreements.

If anyone starts stonewalling at any point of the session, the therapist can gently point it out and help you steer the dialogue in the right direction again. They can also provide you with effective ways to handle disagreements.

As long as both of you are willing to recognize the stonewalling and make improvements, continuing therapy sessions will be useful in repairing any damage that’s been done in your relationship.

Whether you or your loved one is stonewalling, you’re putting your relationship on rocky waters. Getting into professional therapy can help you learn some healthy ways to communicate and address any dissatisfaction in your relationship.

By learning the right tools to deal with any unhappiness, you can set the stage for a longer, happier relationship, regardless of who’s putting up walls. Together, you can find ways to solve disagreements and regain momentum in your relationship once again.

If you need some relationship help, please get in touch with us. We can schedule an appointment at your earliest convenience.