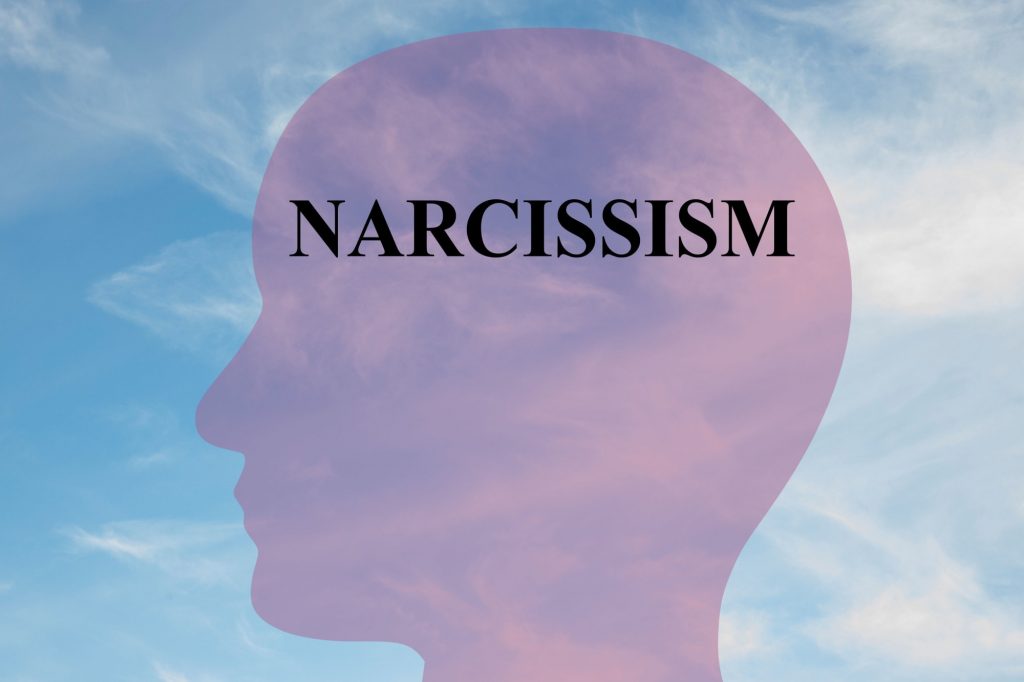 Even though roughly one percent of the population has a narcissistic personality disorder (NPD), a growing number of people are adopting a number of toxic, narcissistic traits without realizing it.

Many people who show signs of NPD never report them and are therefore never formally diagnosed.

So what is NPD, and how do you know how to spot a narcissist?

Many people understand a narcissist as someone who is self-obsessed. But the issue runs a little deeper than that.

The origin of the word comes from an ancient Greek myth in which Narcissus fell in love with his reflection in a pond of water.

Narcissus’ love for himself resulted in a one-way relationship, and he would eventually stop caring for himself until he died because he believed nobody would captivate his attention the way his reflection did.

But people with narcissism don’t exactly choose to be that way. Their inflated sense of self-importance is actually a response to early emotional trauma. The “indestructible” persona that they develop is a way of compensating and protecting themselves from past and future suffering.

But how can you tell if you’re dating a narcissist?

How to Spot a Narcissist

They Have a Superiority Complex

One of the most obvious signs of a narcissist is that they have an unrealistic self-image. They might use the words “brave,” “extraordinary,” or “heroic” to describe themselves, even if they’ve done nothing to warrant them.

Similarly, they might often lie or exaggerate about their talents or achievements. And if they’re talking about their relationships, you’ll only hear them bragging about their contributions, however minimal.

A narcissist might feel so “special” that they can only be understood by other “special” people. And if other people don’t meet their high standards, they won’t associate with them. Narcissists only view others as an extension of themselves.

Almost all of the following signs of narcissism can be traced back to the superiority complex.

They Hoard or Interrupt Conversations

If you notice your partner constantly redirecting the conversation to be about themselves, then they might be a narcissist. This is manifested in a variety of phrases:

This isn’t to say that anybody who uses the above phrases is a narcissist.

But if you’re talking about your feelings or anything else that matters to you, a narcissist is likely to use the above phrases to minimize or dismiss your views, especially if you don’t agree with them. Their goal is to assert dominance and show that they know more than you.

They Think They’re Exempt from Rules

Does your partner excessively break traffic laws? How about cutting in line? Under-tipping? Do they lie? Steal? Cheat?

A key trait of a narcissist is breaking rules to show they don’t care about the consequences. And often, a narcissist will seek loopholes in the rules to force others to make exceptions for them. This is where manipulation and entitlement come into play.

Narcissists use a variety of techniques to get what they want. One of them is manipulation — especially in intimate relationships.

Manipulation can take on a variety of forms. Often, narcissists will shower their partner with attention until they get what they want. Then, they turn a cold shoulder to their partner, leaving them to wonder where they went wrong.

Narcissists use their charm to persuade others to bend to their will. They might also threaten physical or emotional harm until they get what they want. Then, once they do, they use their charm again to seek forgiveness, thus reinforcing their sense of entitlement and self-importance.

They Think They’re Entitled… to Everything

In a relationship, this might look like a partner who expects all of their needs to be met, without considering the needs of their partner or offering a reciprocal gesture. In other words, they think their needs and desires are more important than their partner’s, simply by nature of who they believe they are.

In a relationship, a narcissist might expect sex, money, or favors whenever they ask for them. And they’re not afraid to violate boundaries to get them.

They Thrive off Negativity

Remember that narcissism is a response to early emotional trauma. Therefore, narcissists are easily intimidated, and they envy others who have what they don’t.

Their solution? Putting people down so they feel like they’re “above” them.

A narcissist might do this in a variety of ways: Condescension, dismissal, attacking, insulting, and threatening are just a few. They do this to feed their egos and keep you insecure and off-guard.

So What Are My Options?

If you think your partner might be a narcissist, you can either leave them or try to work things out. However, working things out with a narcissist might not be easy. You’ll have to:

If none of the above works for you, then you might have no other choice but to end the relationship. A narcissist naturally gets defensive when confronted with criticism, so it’s unsurprising that many people who suffer from NPD refuse to seek treatment for it.

One way of treating NPD is through cognitive behavioral therapy (CBT). It is rooted in the idea that our behavior and our feelings are a result of our thought processes, not external factors.

CBT aims to help patients identify their negative emotions and behaviors and learn to counteract them. It’s commonly used to treat depression, anxiety, addictions, and trauma.

Now that you know how to spot a narcissist, and you think you or your partner might have NPD, you can schedule an appointment with Blair Wellness Group online or over the phone.