Everybody struggles with anger and irritability from time to time. It’s not uncommon for feelings of anger and frustration to lead to arguments and other defiant behaviors, especially in children and teens. However, when this behavior becomes a pattern, it might indicate a deeper behavioral issue. Oppositional Defiant Disorder (ODD) is a Behavioral Disorder in which a patient rejects authority and authority figures.

What Is Oppositional Defiant Disorder?

Symptoms of ODD revolve around angry and irritable moods, argumentative and defiant behavior, and feelings of vindictiveness. Though children and adults have similar experiences with Oppositional Defiant Disorder, their symptoms often present themselves in different ways.

For children and teenagers, Oppositional Defiant Disorder symptoms include frequent episodes of anger and irritability, a short temper, and repeated behaviors of spite, resentment, or vindictiveness. Adolescents with ODD are more argumentative than their peers and frequently get into fights with the adults and authority figures in their lives. Kids with ODD might also habitually ignore or disregard rules; intentionally upset, annoy, or anger those around them; and find ways to blame others for their mistakes or misbehavior.

It’s important to note that one or two of these symptoms on their own don’t necessarily indicate Oppositional Defiant Disorder. However, experiencing multiple symptoms over a period of several months can be a sign of ODD and the need for ODD Behavior Treatment.

Get the Help You Deserve 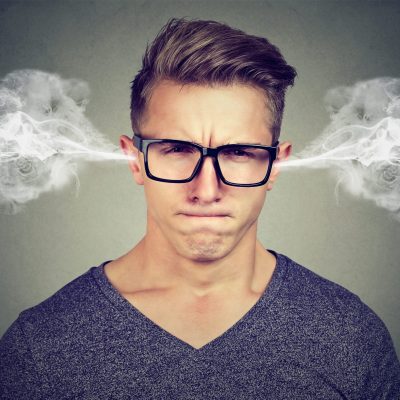 Adults with ODD might feel angry with the world or believe that they are misunderstood or disliked by their peers and loved ones. Problems with authority can present themselves as excessive defensiveness, an inability to take feedback, or difficulty following rules and meeting expectations at home or at work.

Oppositional Defiant Disorder often presents more serious consequences for adults. In children, the desire to defy authority and break rules can result in being grounded or getting detention at school. In adults, those same behaviors can result in breaking the law or putting yourself and those around you in danger. Feelings of anger and defiance can also hinder your ability to keep a job or harm your romantic, platonic, and familial relationships.

Like many Mental Health Disorders, there’s no singular cause of Oppositional Defiant Disorder. A variety of factors, such as genetics, childhood experiences, environment, and personality, can lead to the development of ODD in children.

Family history and neural irregularities are two potential causes of Oppositional Defiance Disorder. Individuals with a family history of depression or ADHD have a higher chance of developing ODD as children. Irregularities in brain patterns—such as differences in the parts of the brain that regulate impulse control, problem-solving, empathy, and social behavior—are also linked to ODD.

Oppositional Defiant Disorder can also stem from problems at home or in early childhood. Neglectful or overly strict parents, negative reinforcement for problematic behaviors, social rejection, and abuse can all influence the development of ODD during childhood.

Most adults with ODD developed the condition in adolescence but never sought or received Oppositional Defiant Disorder Therapy, causing the disorder to continue into adulthood. 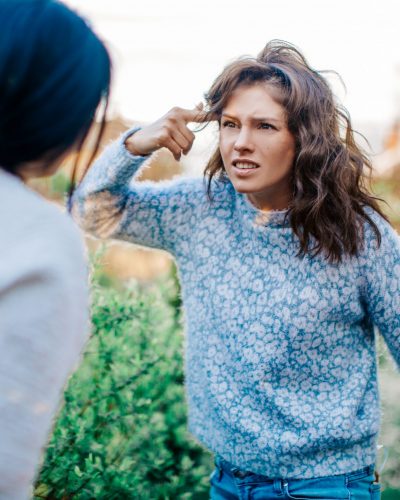 Several other Mental Health Disorders or challenges can occur alongside Oppositional Defiant Disorder, including: Behavioral Therapy for ODD is necessary to alleviate symptoms, improve anger management skills, and treat or prevent comorbid behaviors and disorders.

When building Oppositional Defiant Disorder Therapy plans, Licensed Clinical Psychologists use a variety of treatment modalities to address the specific needs of each patient.

A Licensed Clinical Psychologist can also help with social skills training and cognitive problem-solving training, both of which aim to improve necessary skills that strengthen communication and promote positive behaviors and thought patterns. At Blair Wellness Group, we offer ODD Behavior Treatment as part of an evidence-based, customized treatment plan that caters to your unique needs and experiences. Dr. Blair treats patients with the expertise and compassion necessary to work through Oppositional Defiant Disorder and its symptoms so that you can improve your relationships, better regulate emotions, and establish a sense of confidence and fulfillment in your day-to-day life.

Discover effective solutions for addiction at Blair Wellness Group today. Call us at 310.999.4996 to schedule an appointment. We welcome patients from Beverly Hills, Los Angeles, and close-by areas. We offer evening and weekend appointments for our concierge patients and all patients upon request.

At Blair Wellness Group, we are here to meet your clinical needs at any time.

We support our clients to reach their goals and objectives through maintaining an adaptive lifestyle.

With more than 15 years of experience in providing psychological services, we are confident in our expertise.

We are dedicated to our client’s wellbeing. Our team has the extensive training to provide quality care for all of our clients.

We use cookies on our website to give you the most relevant experience by remembering your preferences and repeat visits. By clicking “Accept”, you consent to the use of ALL the cookies.
Do not sell my personal information.
Cookie settingsACCEPT
Manage consent