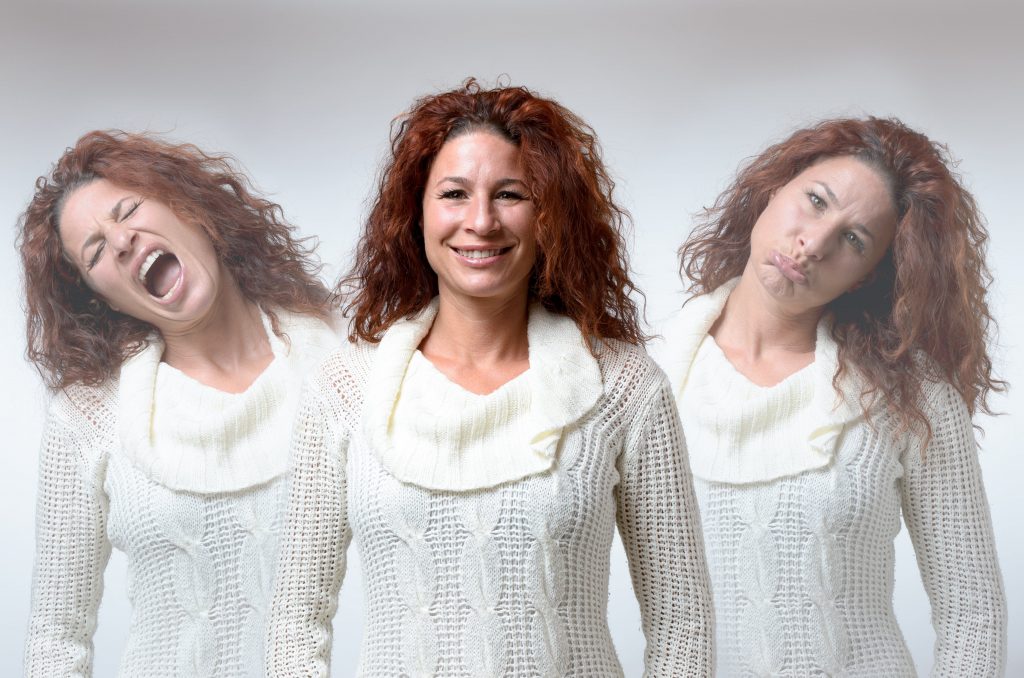 Mood disorders affect a person’s emotional state to the point that its reactions are inconsistent with one’s personal circumstances. The emotions interfere with one’s ability to function normally. This may be demonstrated by sadness, feeling empty and alone, depressed, irritable, and even by periods of unreasonable excessive happiness and elation. Mood is also affected by anxiety disorders.

Which used to be called “manic depression,” characterized by intermittent periods of depression and elation or manic state.

A persistent and prolonged period of depression.

similar to the mood changes in the Bipolar Disorder but less severe or extreme.

Depression that is persistent over the long term.

Occurring in children, this presents as severe, chronic, and continued irritability characterized often by frequent outbursts of temper and behavior that is not consistent with the child’s actual age.

Resulting from an adverse medical condition, the person demonstrates symptoms of a loss of pleasure and interest in activities of life, depression.

This is depression that accompanies or following treatment for drug abuse. Also, certain medications may have the side effect of contributing to depression.

Mood disorders and their adverse symptoms can be treated by psychological counseling.

When to seek psychological counseling:

If you suspect that you may be suffering from one of these mood disorders, seek assessment and treatment by a professional psychologist when:

If mood disorder lasts for a period of three to six months or more, then psychological treatment may be called for.

A clinical licensed psychologist can asses the character of your mood problems and suggest approaches to dealing with, coping, and ameliorating them, The important thing is to get treatment symptoms to become more severe.